[July 12, 2014] Howdy folks! My column today is based on the premise that when race is a factor in anyway, leadership fails … at least in America. There is a lot to be said about how norms have changed in a positive way about race over the last century. My belief, however, is that we are starting to slip backwards and the reason is that those who came of age in the 1960s are now in charge. That’s right, the hippie, sexy generation is now calling the shots and they see the world through rose-colored, On Golden Pond glasses. 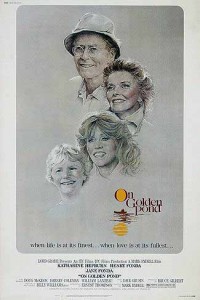 Poster from the movie On Golden Pond – a 1981 American drama film directed by Mark Rydell.

Now don’t get ahead of me here and start to think that I’m going to be verbally bashing old hippies. That won’t accomplish anything and would probably be wrong anyway. I was a bit of a hippie myself: long hair, a puff of marijuana, hard rock music, and wild times. We were “hip” and “cool” … but I grew out of that phase pretty quick when the Vietcong started shooting at me in Vietnam.

“I have a dream that my four little children will one day live in a nation where they will not be judged by the color of their skin, but by the content of their character.” – Martin Luther King, Jr.

Race means everything. Character means nothing. Well, I exaggerate a bit. Among our politicians in Washington DC who represent us in a democratically-elected way, race has become the new toy – a super toy. It is used to have fun with anytime and only certain people are allowed to play with it. Like the self-centered child who must possess the best and shiniest toys, our politicians are using race to define who can come over to play and who cannot. The new toy is power and power means bludgeoning anyone who gets in their way of that new toy. And it doesn’t matter if the other kids don’t want to play; they get to be part of the game anyway.

The sad part of this is that this type of behavior is starting to trickle into mainstream America. I’m not talking about race quotas for hiring or race screenings for college admittance; that is so … blasé. We are seeing situations where the color of one’s’ skin is the new “character”. You are blessed to be of color. You are the righteous, the one who can do no wrong. Of course, you had better have the correct color or you are not part of the in-crowd … the ones who get the bennies, the new toys.

Ah, such is America. Always tempting us with new things and new challenges. But, in the end, there is a lack of focus for so many of our citizens. You see (I want to emphasize this), race doesn’t really matter. People are people and we all have similar desires and motivations. In the history of humankind, race is irrelevant unless we make it so. That is what we have done; race has become a toy to be used for power over others. Just as the young child using a toy to control other children.

When the Vietcong were trying to kill me and my buddies, the other guy’s race was irrelevant. It was the fact that we were Americans and they were not. Race is a thing that is made into something for others to gain power over us. I for one, will have nothing of it. I tell my bosses this nearly every day. They roll their eyes and think I’m an old crank. So be it. They can go live on that golden pond … not me.

You can find me on the web. Just look and find my writings on “leadership”.

Disclaimer: I chose the pen name Sadako Red in order to remove any notoriety reflecting on my other real job as a very senior executive in the Department of Defense. Naturally, my opinion is my opinion only and despite DoD wanting to associate with my fine work, they cannot have it. Trust me, they want it. Trust me, they can’t stand for it.