[August 25, 2014] Every once in a while I come across a person’s firsthand account of North Korea (link here). The author is witty but informative. There is some good information to be had from reading the entire blog entry. In particular I liked the focus of the discussion on how big a deal the leadership of the country has become. Big deal does not do it justice. 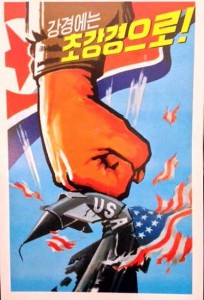 Here are some of the main observations:

While North Korea is a Communist country, its economics is truly socialist in every sense of the word. The people of this nation are more isolated than any other country in the world and it shows in their attitudes and conversations. The entire nation suffers from both of these issues and continues to exist only by sheer luck.

There are many other windows into North Korea that deserve a look. Here are a few other websites of interest:

This is the official website of North Korea. They describe themselves as a “workers’ paradise.” http://www.korea-dpr.com/