[September 08, 2014] It’s a great time to be a student of senior leadership. With so much in the world happening and with the finest forms of media, it is now possible to “see” into the internal workings of senior leaders. True, we do not know the details or the secrets – those things that should not be known to the public else the strategy fails. But we can look at the development of leadership and grand strategy in the context of nations. Of special interest is the announcement today that the United States has a strategy to deal with the terrorist organization called Islamic State of Iraq and Syria (ISIS). 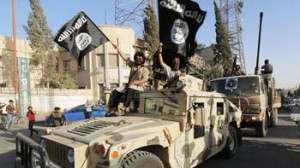 Over the past few days, the U.S. President was criticized for admitting that the U.S. had no strategy to deal with the security threat from ISIS.1 Whether the criticism is deserved or not, is not relevant to this discussion here and is left to others to figure out. What we do know is that the criticism covers three points. First, the administration had no strategy despite knowing about the threat for over a year. Second, what was said publically was unclear, confusing, and not comprehensive. And third, there was no consulting with allies or ask for support to U.S. efforts. Apparently, the president is about to overcome this criticism by developing a workable strategy.

This strategy should actually be called “grand strategy.” Grand strategy takes into account not just the military and the various options that can be used. It also involves diplomatic, informational, and economic resources of a nation to achieve a given end state.2 Of course, the end state must be clear and achievable. In the case of ISIS, we are left to wonder what the United States’ has as its end state. Is it the destruction of ISIS? Or, is it merely the degrading of ISIS’s capabilities? These are the important questions that must be asked.

Our look into the development of U.S. “grand strategy” will be a rare opportunity for students of leadership to learn about strategy as it is developed. That is why I will devote blog posts on it over the next few weeks. The U.S. President plans on a nationwide address to his citizens to explain the strategy on this coming Wednesday. In the meantime, it will be best to familiarize ourselves with the issues for the United States but also for all those countries that can be affected.

[2] The acronym DIME is often used (Diplomatic, Informational, Military, and Economic) referring to the four centers of power that a nation-state has available. It is the capacity and capability of each that determines which would be used in any particular strategy.