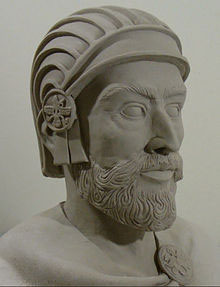 [January 08, 2014]  Cyrus the Great (also known as Cyrus II of Persia) lived 500 years before Christ, was the founder of the Achaemenid Empire, and is one of the greatest leaders in all of humankind’s history.  The fact that stories of his leadership exploits have survived this long is testament to the strength of his character and abilities.

The choice of Cyrus the Great as an important leader for a profile in great leadership was rather easy.  Reaching back in time to pull forward lessons of senior leadership however is fraught with possible misinterpretation.  Yet, the writings of Cyrus the Great’s historians Herodotus and Xenophon, themselves are an important window into the thinking of leaders from two millennium ago.

From the plentiful historical publications1 on Cyrus the Great, we can witness the growth of Cyrus from infant to death and those events that helped shape his leadership philosophy.  What were these leadership attributes that show that Cyrus the Great stands above others?

We can see that Cyrus from a young boy until his death displayed the characteristics of true leadership.  As a boy he was elected to represent other boys in their games as children.  Later in life he was seen as magnanimous and kindly to everyone.

He has been recognized for his advancements in human rights, politics, and military strategy.  These attributes of  Cyrus’ leadership are similar to others that were profiled here, in particular, those who were military leaders.