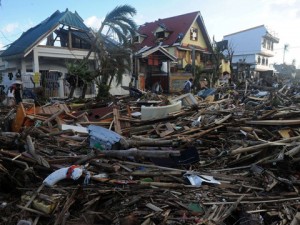 [November 10, 2013]  It is now just becoming known the horrific damage done by Typhoon Haiyan this past Friday.  The ability of senior leaders to deal with crisis is an attribute that is often overlooked until such an event occurs.

Senior leaders in the Philippines and across the world are ramping up aid to this unfortunate nation after one of the strongest typhoons on record.  Since nearly all communications’ systems are out, we only know that about 10,000 people were killed just in the capitol of Tacloban on the Island of Leyte.  The death toll will certainly rise as reports come in.

Our best wishes and condolences go out to those families affected by the typhoon.