[April 30, 2014] I remember the day began with an overcast and eerie stillness about it. This would be the first democratic election held in memory: Iraq, January 20, 2005. Our minds were full of anticipation; our plans prepared for combat, the unknowns frightening. It is now history that on that Sunday a successful election occurred – verifying the highest levels of Iraqi senior leadership had won the day.

Over the next several years, many Coalition Forces and Iraqis were to die, but we had won the peace and paid for stability by risking our lives. We gave the newly freed nation of Iraq a window of time for freedom and democracy and their people grabbed for it. Security stability is required for a fledgling democratic society to emerge – stability for many years is ideal. That is the prime historical lesson of insurgent warfare. 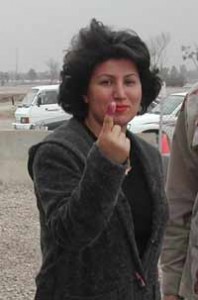 It was determined by politicians in Washington DC that the price for the United States was too high in blood and treasure and we withdrew. Our politicians (none of which spent more than a day or two in Iraq if at all) believed Iraq itself was not sacrificing enough to show commitment to our efforts. Ignored was the blunt fact that Iraqis suffered greatly in death and misery.

Today, Iraqis again go to the poles. Like in 2005, today they will dip their fingers into purple ink to show they voted. This time not in the spirit of competing ideas of freedom but of competing religious armies fighting internally for power. The ancient Shiite vs. Sunni struggle sharply divides this nation, while the Kurds in the north are once again dragged into a fight they can neither win nor want.

Thousands have died and hundreds of thousands displaced just in the past year. Their public fears violence … a level of violence Americans do not understand. Growth and success in Iraq requires time for their democracy to grow because they do not have the understanding of nor maturity for it. Our presence was giving them a chance to gain that understanding.

The U.S. reneged on its promise to give them that window of time. The result? Increasing levels of terror as its weak and corrupt government struggles just to secure the capital city of Baghdad. Taking sides would be a real disaster for us, but sitting back and doing nothing guarantees a slaughter.