[August 19, 2014] An advantage that leaders have over others is the passion to get things done, the internal drive to conquer the enemy, to turn a profit, to run a successful enterprise. Yet, a special challenge to all senior leaders, in particular military leaders, is being able to engage with politicians on difficult subjects without acrimony. Politics is a military challenge.  This is especially true when bringing hard messages with bad news to senior political leaders. Politicians are also passionate about what they do and their interests are not necessarily aligned with the military. 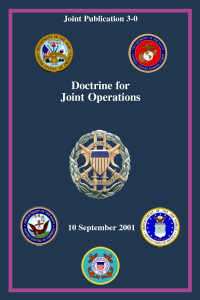 How do military leaders engage political leaders and still keep their professionalism intact? Do military leaders need a rigid personality or one that is meek in front of politicians? The starting point for any discussions between the military and the politician must begin with the military’s service doctrine. This is the basis for all discussions because it discusses how U.S. military forces contribute to war, engagements, campaigns, etc. Service doctrine is written by the military but it is briefed to our political leaders so that they have an understanding of how the military will act in a given situation.

Fortunately, I’m not going to discuss how military doctrine is developed. I do want to keep people reading these pages, not fall asleep. Suffice it to say that joint military doctrine, that discusses how all the military services work together, is built with various agencies (e.g., DoJ, DoS, CIA, DIA, plus many others) including political staffers. In other words, the politicians have already had their input and their say well before a doctrine is formalized. Thus, whenever the military acts, it does so based upon a set of established principles already known to the government.

Building a military doctrine and ensuring that politicians understand what it means, is obviously important. Communication across agencies and political parties is part of both the developmental and on-going education processes to keep the public informed. Rarely is doctrine secret. It is important that our adversaries know what the military would do. Therefore, when the U.S. President talks about military action, the enemy is more likely to be deterred.