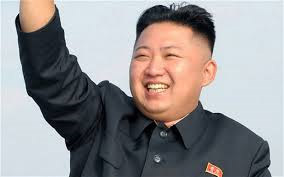 [December 14, 2013]  Any attempt to profile the leadership characteristics of a leader from a different culture is fraught with uncertainty.  For the North Korean leader Kim Jong Un, a relatively young and new leader to the country, this is certainly true.  He is an enigmatic figure.

Leaders need to understand how senior leaders from different cultures function in their roles in order to better understand human psychology and to sharpen their personal leadership skills.  There are lessons to be learned here.

There are sufficient indicators to build a short list of some interesting issues about the man, Kim Jong Un, the third generation of Kim’s to rule this nation.  Despite conflicting expert interpretations of the actions of this young leader, some patterns emerge.

Given differences between the North Korean and American cultures, it would be expected that traits that make him a successful senior leader would be different than an American leader.  Yet there could not be major differences.

Kim Jong Un has been described as “brash” and taking “risky behavior” (e.g., executing his powerful uncle1 and detaining an American veteran of the Korean War2).  While expert analyses may or may not be true, here is what we do know what he has done:

Individual idiosyncrasies, such as brashness and recklessness, are unlikely to be traits of Kim Jong Un.  More likely this is contrived by the North Korean state-sponsored media who have created a persona for him.  His true abilities, intellect, and style of leadership have yet to emerge.

Over the next several years, the world will slowly learn more about this leader’s capabilities and whether he is able of continuing to hold the North Korean kingdom together.

So far, the experts have failed by predicting the collapse of North Korea.  While the country balances on the edge of economic collapse, all the Kim dictatorships have managed to keep it alive.

[1]  News yesterday out of North Korea noted that a powerful official in North Korea, the uncle of Kim Jong Un, was executed as a “traitor for all ages” and for “faction-building, corruption, drug use, and womanizing.”

[2]  An American tourist visiting North Korea was detained as he was boarding a flight out of the country just last month.  He was held for several days and released after he signed a “confession” that stated he had committed crimes as a Soldier in the Korean war.