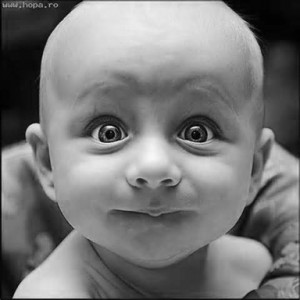 [October 15, 2013]  As senior executive leaders, it is important that we deal with surprises appropriately.  At the executive level we are fond of saying we don’t like surprises, simply because surprises tend to be very large and very bad.

How senior leaders deal with a surprise can determine success or failure in our organizations.

The talent to put into place systems and procedures to resolve problems caused by surprises is the epitome of a great leader.  We normally think of these as Flag/General officers in wartime or CEOs of large companies.  But we should all prepare ourselves.

Be Prepared… the meaning of the motto is that a scout must prepare himself by previous thinking out and practicing how to act on any accident or emergency so that he is never taken by surprise.
– Robert Baden-Powell, founder of the Boy Scouts

Deeper thinking for senior executive leaders is what distinguishes them from others.  Thinking about, preparing for, and dealing with substantial surprises can be a daunting effort.  However, it is worth the preparation.  The element of surprise afflicts senior leaders of all stripes.

When the surprise is bad news, senior leaders want to know as soon as possible.  Bad news does not get better with age, as the saying goes.  The sooner you know about it, the easier it is to deal with the consequences.  Waiting to deal with it once you find out may mean time has run out on a solution.

Of course, there is a tendency for people to gloss over rough edges or avoid tough conversations about issues that are negative.  While they may be making it easier on themselves in the short term, it will probably get worse as time goes by.

Keep the lines of communications open.  To find out what is really going on, make it a habit of talking with the people that work for you – they often know more about what is really happening than you do.  Keep your office door open and lead by walking around and physically being present.

Ultimately, develop a culture in your organization where employees feel empowered to bring problems to you.