[September 07, 2014] In April 1918 near Paris, the German Army commander failed to recognize the important contributions a small number of U.S. Marines entering the fight would have on the outcome. The Marines were inexperienced and had not proven themselves a significant battlefield force since their arrival a few months prior to the fight at Belleau Woods. This would be the turning point in the war and the U.S. Marines helped turn the tide. 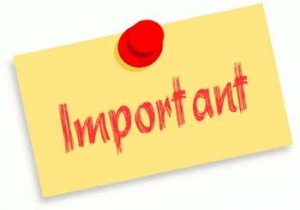 Like the German Army commander, senior leaders who fall short in recognizing the important – “seeing” what is happening around them that might affect their mission – will inevitably fail in their duty. Thus, a critical characteristic of a successful senior leader is that ability to see through the fog of day-to-day work and look at what is beyond it. Leaders do this in order to strategize about how to deal with those things that can have significant impact on their organization.

Important things could be a great opportunity or it could be a tremendous threat. Regardless of its potential impact, the first step in being prepared is simply recognizing it. Often leaders fail here. The reasons are many. The lack of good information or “intelligence” and lack of relevant leader experiences or training are some of the common reasons. By recognizing the important, the leader is able to create a relevant vision and assemble the means to carry out the mission. The leader also can prioritize those things that must be done to take advantage of the opportunity or protect itself from the threat.

The signs are often there for everyone to see. When looking back on failed leaders, an analysis will frequently show the leader simply ignored important warnings. Even so, the lack of foresight by the senior leader is a non-excuse. Leaders who are unable to see the important should step down to let more capable leaders give it a try. Otherwise, the risk is high.

The German commander at Belleau Woods in 1918 was relieved of his duties for his failure to recognize the importance of the U.S. Marines. After the German failure of their offensive at Belleau Woods and their retreat, the Imperial German government was forced to surrender.