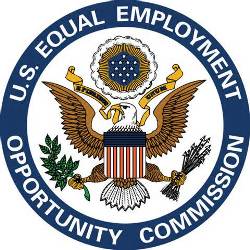 [April 14, 2014]  Work standards have been a sensitive subject over the past few years because, when applied, the impact on workers is not equal.  The federal government has been looking closely at the affect that implementing standards in the workplace have on people; in particular, as the impact applies to identifiable categories like race, gender, ethnicity, etc.  Leadership means creating and enforcing standards; but the current government activity could be undermining this traditional leadership function

Specifically, the U.S. Equal Employment Opportunity Commission (EEOC) has brought lawsuits against employers that use employment background checks to screen applicants.  The EEOC takes particular exception to the use of criminal history and such things like credit checks because these requirements disproportionately impact racial groups.  The EEOC has admitted to using a team of “race raters” to determine the race of applicants when studying employer hiring practices.

Fortunately, one employer was successful in court over such arbitrary “race-rater” standards.  The fact that the federal government has created a group of people who do this is a clear example of problem with the EEOC’s senior leadership.  In their decision, the Sixth Circuit Court of Appeals concluded that:

Read the entire 7-page court ruling here (Case No. 13-3408).  It is extremely entertaining in itself and educational about how the EEOC has been targeting businesses in the U.S.  What is also interesting is that the EEOC itself uses the same employment background checks as the business they targeted (yes, this was mentioned in the court case).

“It’s a sharp setback for the agency’s dubious ‘disparate impact’ campaign against employer use of credit and criminal records in hiring,” Cato Institute’s Walter Olson, a strong advocate for tort reform, said in his comments on the ruling1.  The results of the court case are also an indicator that there is a serious problem with the EEOC’s leadership.