[July 14, 2014] “War solves nothing.” Of course, for those with a knowledge of history, we know that is not what the rest of the world thinks. The popularity of war and conflict is self explanatory – it works. In Part 1 (link here), I proposed that the de facto policy of the United States regarding our allies involved in conflict is to call a ceasefire and push the warring parties to stop fighting – regardless of the costs. This U.S. policy is based on the principle that conflict is destabilizing. 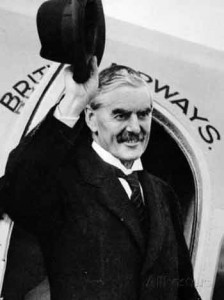 Therefore, “stability” is the end state that our policy makers have adopted. It is an undefined but idealistic and peaceful state of affairs for all nations. Regardless of the stubbornness and historical nature of a conflict, the U.S. will sue for peace; expend large sums of money, manpower, and statesmanship to bring just about any conflict to a close. The Israeli-Palestinian issue is a classic case where the U.S. spent huge sums of money over two decades with no progress.

If both parties are unhappy with that arrangement, that will not be important. Stability is the goal and little to date has dissuaded us differently. This has been our policy essentially since the Vietnam War. As we are told, the U.S. has been involved in a few conflicts that had the purpose of returning things to some level of stability: Grenada, Panama, Persian Gulf, Bosnia, Kosovo, Afghanistan, Iraq, and Libya.

The U.S. needs to rethink the current de facto policy of calling for a ceasefire at the onset of any conflict and then working to stop the fighting. This plays well to a degree for the domestic audience here in America. But, sometimes it is in the best interests of those nations and of the United States to let the conflict run to its conclusion. Along the way, we should help our allies publically and materially. Otherwise, we will be considered weak, arrogant, and a bully on the world stage.

So, when people say that “war solves nothing,” we know that is wishful thinking. Today’s U.S. policy to deal with conflict is similar to Britain’s Appeasement foreign policy of the late 1930s. Both reject war and conflict at all costs. Developed by their Prime Minister Neville Chamberlain, their policy did not work out very well for Britain. Many consider this policy as one of the keystones that allowed Hitler and his Third Reich to grow. World War II was the outcome.