[March 21, 2014]  It was interesting to get a short course on horseback packing, their care, and how to engage in a firefight while mounted.  The U.S. Marine Corps conducts a hands-on training course at their Mountain Warfare Training Center on the military use of large animals in difficult terrain.  Leadership means thinking beyond the obvious solutions and in this case the need for low-tech solutions in a complex world. 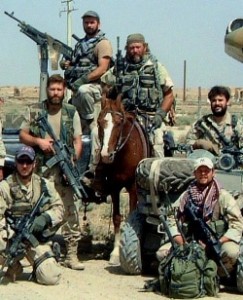 About the same time this was going on, there was a special operator get-together just south of USMC event that discussed the future of non-conventional warfare.  One aspect involves Special Operations Forces (SOF) military forces that are the vanguard in bringing the fight to the enemy.  They do it anyway they can and as long as their methods are adaptable and it works –SOF ingenuity at its best.

SOF leadership is well known and respected for their achievements in combat.  To get some idea of how they are so successful, it will help to get a closer look at their attributes.  While each U.S. and foreign SOF service will have its own list of characteristics, the U.S. Army list will be used because it largely encompasses them all.

These should be no surprise to those familiar with basic leadership principles.  What makes SOF units and their leadership so successful is the focused execution and their motivation.

“Capability” may be less clear in its meaning here.  It means to have the skill or resources to do something.  For SOF, the meaning goes deeper.  Capability also means that SOF personnel must be able to exercise the right degree of autonomy and to optimize their resources.  It means each SOF member has the social skills to build rapport in others, negotiate, and mediate – all valuable skill sets that certainly sets them apart from others.

SOF capability means they have the leadership ability to get things done efficiently and effectively with the resources on-hand.  If this means riding horses into battle, as was done early in Afghanistan to help defeat the Taliban forces, then so be it.

Horse Soldiers: The Extraordinary Story of a Band of U.S. Soldiers Who Rode to Victory in Afghanistan.  Doug Stanton