[September 09, 2014] Tomorrow the U.S. President is set to announce a strategy on dealing with the security threat of the Islamic State of Iraq and Syria (ISIS). In part 1 of this short series on grand strategy, I noted that it’s a great time to be a student of leadership because we will be able to actually “see” the internal workings of senior leadership (link here). Today’s discussion will about what makes up a successful grand strategy. The reason is to allow us to better understand what will be said tomorrow and put it into a better frame by which to judge it. 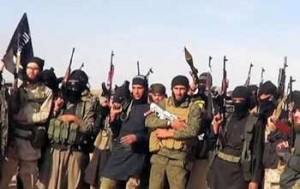 Strategy development always follows a formal process that differs somewhat by organization. The process is deliberate, often complex, and takes time and resources.   This, we will not see. What we will see, if the strategy is good, is a solid, clear, realistic roadmap to achieving America’s objectives and goals regarding ISIS. Without such a strategy, there will be little direction, resources will be wasted, and America’s mission will drift and potentially decline.

Any strategy, especially grand strategy, allows us to:

A grand strategy for a nation-state always includes diplomatic, information, military, and economic resources that are integrated to achieve an end-state. We often use the DIME acronym as a shortcut. A good example of this was the West’s grand strategy to “contain communism.” Eventually, we saw the communist Berlin Wall fall and the Soviet Union collapse. This was not done through military means but through the application of all dimensions of a nation-state’s resources.

There are two important points when assessing the grand strategy for the U.S. grand strategy about ISIS. First, the foundation of a successful strategy is the prioritization of a few key objectives and goals. Second, the end-state must be clear and achievable. When the President announces the strategy tomorrow, look for clarity on both the key objectives and on the end-state. Clarity is what will make the strategy credible in the hearts and minds of the American people – plain, unambiguous words. It doesn’t take a lot of them; the speech should be short and to the point.

Others will be listening, including ISIS.