[June 22, 2014] A long-developed theme here on the LeaderMaker.com has been the importance of learning from the failure of others. Learning from failure is a critical skill of leaders. It is so important that it ranks up there with the most important features of leadership. If we were to individually learn only from our mistakes, we would develop much more slowly as a leader. 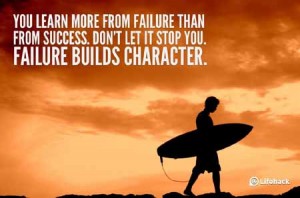 The latest scandal, other than the Veterans Administration, is the on-going saga of the “lost” emails from multiple people of the IRS. Apparently, the head of the IRS said a hard-drive crash resulted in the loss. What most people don’t realize is that all email goes through a server and U.S. law requires that they be saved. In particular, the IRS was given a directive to save all these emails but chose not to do so.

Leaders should be careful in disobeying a directive from the U.S. Congress. They have the power to make your day very unpleasant. However, being open and transparent in how we operate is a feature of good leadership. This is so, especially since there are no government secrets that would be exposed. The military often has a problem with this issue. Congress has created various committees to see military evidence and material information outside the public eye.

This is a good procedure as long as it is not abused or the information exposed. Episodes of this has happened but it is rare. The IRS and VA scandal issue should be met first with transparency. This is the main lesson here on how not to resolve a scandal.