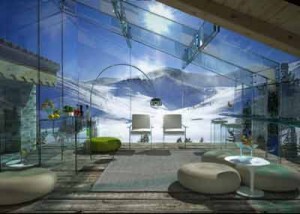 [July 03, 2014] When a good friend of mine was newly promoted to the rank of Brigadier General, the lowest flag rank, he was shocked that he was highly visible in spite of where he went or what he did. He could no longer remain anonymous in the back of a meeting room. Everything he said was analyzed and dissected. All his behavior was amplified and exaggerated. People were looking at him closely … he was living in a fishbowl for everyone to “see” him.

I learned many valuable lessons from his experiences. I was happy that he confided in me about his errors and the poor assumptions he made as a “baby flag”. Living in a fishbowl means that a leader conducts oneself in an environment where everyone knows what you are doing.1 For many baby flags, adjusting to the fishbowl is difficult.

Below are traits one can possess to make fishbowl living go more smoothly. Are there more? Yes. The list could go on but the keys are listed here:

Living in a fishbowl is not easy. It means being more open in your personal life. It also means taking a close look at your activities to ensure that all things, even the small ones, are legal, moral, and ethical. Your spouse and family should also be educated on the keys to making it easier.

In speaking with many senior leaders they are consistent in their message about the fishbowl. Being there has motivated them to re-examine their personal traits and behaviors. This re-examine would have never happened otherwise; they are better leaders and better persons for it.