[April 18, 2014] Protecting people (teenagers, employees) from little stressors in life will lead to a greater downside when a tragic event occurs. By shielding people and preventing them from being tested under stressful circumstances, we are actively weakening their abilities and their resilience. Leadership demandsthat we allow those small stressors to push and pull on people so that they develop a certain level of resilience.Resilience is that deep quality that allows people to be knocked down by life and come back stronger.

“Life doesn’t get easier or more forgiving, we get stronger and more resilient.” ― Steve Maraboli

The military provides us with a good example. Each of the services has implemented programs to stop all forms of abuse and harassment. The purpose of these programs has the admirable goal of halting appalling behavior. A major unintended consequence has been the weakening of the mental resilience (increased psychological fragility) of their younger personnel. Young troops who have been shielded from this reality are particularly vulnerable to the effects of minor abuses and, also, are more susceptible to large events that can affect them psychologically.

Common, yet small insults (like name calling and sneers) are far better to be experienced so that people are forced to struggle to learn and adapt, rather than not having the experience and being incapable of coping with larger events (like physical assault and rape). Those small stressors act as a sort of buffer, making us stronger, not weaker. They provide the mental exercise to be more resistant to large serious events and problems. 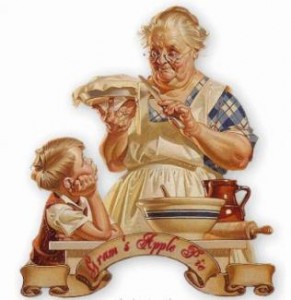 We are told that the military has an explosion of sexual harassment cases and if it doesn’t get it under control, Congress will remove the military command’s authority (setting aside the perception of Congress’ ineffectiveness). As a consequence, the military has established narrowly targeted programs designed to remove even the smallest form of harassment and abuse, so much so that we must rely upon the “feelings” of the victim at that moment to determine if abuse or harassment actually occurred.

Here is the solution – expose people to a greater number of minor stressors to strengthen them, not less. Psychologists1 have recognized this for a long time. So did grandma who told us to get back outdoors and play with the other children. She knew that by working through the problems with other small children, we would grow to be better adults.