[May 31, 2014] Interim Veterans Administration chief Sloan Gibson stated that the VA as a whole needs “a change in culture.” The scandal of hiding wait times that appears to have resulted in military veteran deaths is shameful. However, the fix is not in better management systems and processes but in the elimination of the VA’s current employment system that is uncaring and indifferent to veterans. 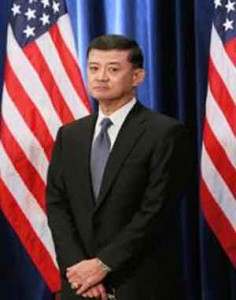 VA Chief Eric Shinseki resigned yesterday as the lead of the VA1. This was an unfortunate turn of events. It is unfortunate because a typical political solution has been applied to a grave problem in an organization that demands a self-imposed cultural change. Shinseki’s removal will not do that.

Both Shinseki and Gibson, and many of their senior executive leaders, know what the problem is at the VA. The VA’s employee disciplinary system is the problem and anyone attempting to take this on is going to be vilified … and they know it. So, we will have vague references to the crisis by saying we need a “cultural” change.

I wrote about my view of this a few days ago (link here). “No amount of improved processes will fix it because it cannot be fixed as designed.”2 In any system where employees cannot be disciplined without a full investigation, where marginal performance is acceptable and the norm, where motivation and passion is discouraged, where employees are not held accountable for their performance, and where it is almost impossible to get fired, the organization’s mission is in jeopardy.

The real scandal here is that the VA has a government-imposed employment system that is outdated and counterproductive; and this very system is at the root of the problem. The real fix will mean that Congress will have to let the VA’s new leadership transform the organization, something I’m not so sure they will let the VA accomplish.

The VA is not the only government organization with this problem; we have just not yet heard about the problems. More on this in a later blog.

Eric Shinseki is a patriot and a man of honor.