[July 02, 2014] Yesterday, we discussed Detroit’s problem of an entitlement mentality with so many of its citizens (link here). It turns out that over half the population is delinquent on their water bills and is threatened with their water being turned off. A parallel between the privileged status of Detroiters and the failed socialist system was difficult to pass up. News late from yesterday is that the United Nations is pushing the “right” for free access to safe water. 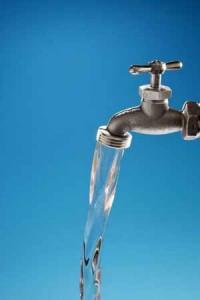 “The majority of our customers (who) are in delinquency status, they just built a culture of, ’You’re not making me pay – I am not going to pay’.” – Detroit water department official

That’s right, the United Nations is diverting some of its resources to issues outside their charter. Some claim that the U.N. plans to intervene directly in the Detroit water crisis and it is determined to apply international law to judge the U.S. in violation of human rights to safe water. The UN plans policy discussions with the White House followed by a report to the UN Human Rights Council.

The official charter of the UN is a public document and it does not specify free access to safe water as an activity of the UN. So, why is the UN getting involved in legal domestic affairs? There is much to be said about this. Perhaps the UN is involved here because they know that the White House will listen to them and they may gain some credibility by it.

However, just a quick reminder about major past UN failures: Rwanda (est. 1,000,000 killed), Darfur (est. 300,000 killed), Khmer Rouge reign (est. 2,500,000 killed), international terrorism, the Cold War, nuclear proliferation, and the UN peacekeeper child sex abuse scandal. The UN had the mission to help and they failed. The purpose of the UN is to maintain international security and peace. The UN’s charter is clear about their mission.1

This is how an organization gets distracted from their core mission, by dealing with issues outside their purview and with attempts to gain credibility. By doing so, the UN will divert resources from key areas where their efforts can make a real difference: Syria, Iraq, and Ukraine are a few countries. There is also the continued proliferation of terrorism and drugs where the UN can help with the world’s security and peace.