[June 13, 2014] The United States gave up on Iraq years ago and the Iraq leadership stumbles as a result. Yet there is not a senior leader in the U.S. military who would confidently say Iraq’s future was assured after pulling out our military forces. News comes to us that the ISIS, a militant offshoot of Sunni al-Qaeda, has taken over the city of Mosul … Iraq’s second largest city. There are many senior-leader military lessons to be learned from this turn of events. 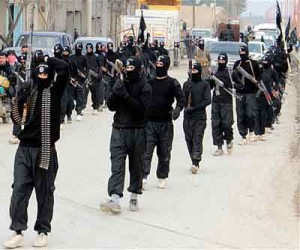 Lesson #1: The reason the Iraqi military could not stand without U.S. forces has nothing to do with our massive military firepower; although that its helpful. It has everything to do with a strong military culture the Iraqi’s were never able to build. A strong military culture means standing toe-to-toe with the enemy and slogging it out. The Iraqi military needed U.S. military standing with them; we were their spine. It was our forces that gave them strength of heart and determination, not money and equipment.

Lesson #2: American senior political leaders were well aware of Iraqi military deficiencies and consistently chose to ignore them. Our policy was to ignore the warnings and do the same thing we did to the South Vietnamese government in 1974 when we withdrew our forces. The Iraqi military, just like South Vietnam, was not important enough to support. That was a mistake then and a mistake now.

Lesson #3: To help the Iraqi military, the U.S. may try something like precision airstrikes and drone attacks; there will be no commitment of troops. As we have learned many times, such a piecemeal military strategy is doomed to failure because it is the Infantry grunt NCO standing next to an Iraqi soldier that gives them the will to fight and to do the hard things that are needed.

Lesson #4: Oh, and who is leading the ISIS? Answer: Abu Bakr al-Baghdadi a former U.S. prisoner, released four years ago from our American-run Camp Bucca detainee camp. Releasing hardcore terrorists who were caught red-handed will, in most cases, come back to hurt the very people it was designed to help. In this case the fighting arm of al-Qaeda wins by getting its leaders back. The civilized world loses.

[Note] Now ISIS appears to be headed south toward Baghdad, the capital city, and ISIS vows to capture it. There are many Iraqi Army officers and soldiers that I personally know and had befriended during my three years in their country. Their status is unknown. Anyone who thinks that al-Qaeda is a friendly bunch of good guys, then look at the massive exodus headed southeast into the Kurdish provinces. Iraq has a corrupt government, corrupt using a Western definition. I’ve seen it up close and personal. The government of Iraq has a massive problem on its hands now. I hope that they get their act together quickly but I won’t hold my breath. I wish them well.

[Note] Some good news articles on this problem: