[September 10, 2014] Tonight the U.S. President will announce his grand strategy on the security threat from the Islamic State of Iraq and Syria (ISIS). Since the address to the U.S. public is tonight, I will have an analysis tomorrow. A preliminary analysis can begin today with what we do know. There are some formalized steps that must be taken to ensure a good strategy. For example, the strategy should be explained to key members of the U.S. Congress. That was done personally by the president – a good step was made here for him to personally make an appeal to Congress. 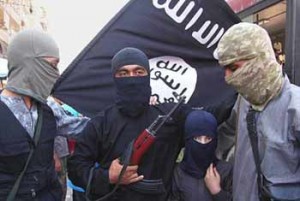 Normally a developing strategy would spend time winding its way through the various agencies within the federal government. This is something no one has made a comment on in the press, but we can reasonably assume that if this did happen, it was very fast. Under non-emergency circumstances this would typically take a year or more. Given the political pressure, it is unlikely it was done methodically. This is not a criticism because consulting with these agencies is not a requirement, nevertheless there are trade-offs associated with a fast-tracked process. The main hazard by not consulting with others is that certain risks could be overlooked and later this may come back to “bite us in the rear.”

All stakeholders in the United States security regarding ISIS should also be involved. Again, this is a very long and complex process that takes many painstaking meetings, in this case, with foreign diplomats and dignitaries. We do know that this was done in some cases but again, there is no detailed reporting on it so we can only assume some of it was done. Consensus of our friends is not required but the intent is to have your allies be willing to publically support your proposal. Over the next few weeks, we will see if this holds up under more scrutiny.

While the U.S. President plans on presenting his strategy tonight, it is imperative that he also gives his vision in clear and unmistakable terms. His strategy is the way the vision will be carried out. Any word of either his vision or strategy that can misinterpreted, will be. Any action described that is ambiguous will be criticized. Tonight is a big moment for the United States and for the president. It presents an opportunity for greatness and for failure. It’s not a time for flowery words or sugarcoated phrases.

Everyone will be listening.

[Previous two parts to this series on Grand Strategy]