[June 28, 2014] Shortly after the invasion of Iraq in 2003, U.S. military engineers quickly discovered that most city utility systems were “broke”. The state of disrepair had nothing to do with the invasion or the international sanctions on the country. All of the city utilities had serious problems due to a near total lack of maintenance for decades. The problem was that under socialism, there is little incentive for workers to repair anything. 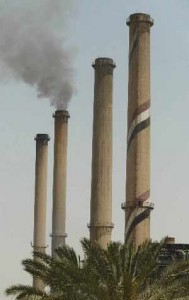 From news reports today, the city of Caracas, Venezuela has on-going power outages1,2. These are so severe that Venezuelan president Nicolas Maduro’s address on live television was interrupted several times by a rolling blackout. Ironically, he was giving a speech about power outages. Venezuela is a socialist country.

When I asked the Baghdad city engineers to install meters on their utilities (water and electric), I was told they would not do it. The reason was that it was every citizens’ “right” that they receive those services for free. Through a translator, I never got the word “entitled” but that is exactly what they meant. People are “entitled” to certain things and in a socialist world, they are entitled to just about anything they want.

The problem, however, under socialism is that nothing works like it is designed. In Iraq, the power was always going out, the water was not clean, water outages were common, and raw sewage was dumped into the river.3 When we recommended a number of basic U.S.-style utility policies to easily fix these problems, we were always turned down. Politely turned down, of course.

The message here to our politicians is that socialism does not work very well. Everyone suffers.

[3] Water, sewer, electricity, and canal pumps were of mixed manufacture. In addition, everything was old and involved outdated and inefficient technology.