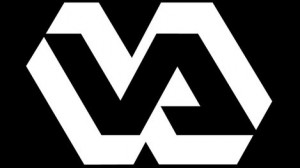 [October 30, 2013]  Over the last two days, I visited a soon-to-deploy military combat unit (with their families) and visited a Veterans’ Administration hospital.  The contrast between the two in the “passion” of the personnel at each event was noteworthy.

Both the personnel conducting the troop and family event, as well as those attending, were unparalleled in their positive attitude.  Family members were outgoing, the volunteers assisting were upbeat, and the leaders conducting the event possessed a sense of passion that was downright astonishing.

Contrast this with the visit to the VA hospital.  The start time was eight in the morning and I happened by chance to be at the security check-in at that time.  At 15 minutes after the start time, there was a stream of employees coming to “work.”  Cheerfully, I said “hello” as they went through the employee line for security and not a one said a thing to me.  Each with an expression that’s meaning is not for these pages.

The senior employee responsible for conducting the military event is paid as one of the lowest in the federal system, a GS-06 (which makes about $35,000 a year).  She said that it was her “passion” for helping the troops that motivated her to ensure each trooper, and their family members, were well taken care of while at this event.  Now this is a wonderful example of “passion.”

Many of the employees in the VA hospital appeared to be in a trance – not all, of course.  By being there, it appeared that the military veteran was disrupting the employee’s day.  I was astounded at the poor attitudes and lack of “passion.”  Some were nasty, some read their books, and others would turn away and leave when asked a simple question.

I saw no leaders at the VA hospital but they were everywhere and at every event for the deploying military unit.

Such a contrast in what leadership can do when engaged.