[August 21, 2014] Anyone spending time in front of the camera of the press knows that the skills needed to come across as credible are different. Likewise in a print media interview, what you know about your job is often less important than your ability to project a well-informed, shrewd, and practical understanding of the subject … and, ironically, of the press’ needs. Senior leaders are often dreadful at press savviness, but they should be experts. Unsavvy leaders will be unable to communicate clearly or accurately what they need others to know.

“Savviness is what journalists admire in others. Savvy is what they themselves dearly wish to be. (And to be unsavvy is far worse than being wrong.)” – Jay Rosen 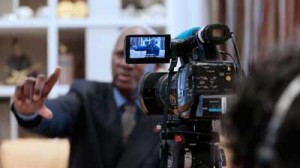 Speaking with the press seems to unglue the brains of many. Military professionals need to be careful about releasing classified information. Business people should be wary of exposing their company’s proprietary information. Leaders, like all people, crave attention and the press provides an avenue to satisfy that psychological need. Special care should be taken to never lie to the press or all credibility will be lost. The press considers this manipulation and wrong.

Working with the press means the senior leader should have already established a relationship with them. Having done this means that the necessary interview skills are being developed and will help in future encounters. Regardless, the leader should also be perceptive and “with it” since the press is attracted to those with those attributes. For senior leaders who fail to develop press savviness, the future result is simple – they will not be successful as great communicators.