[August 12, 2014] In 2006 a senior U.S. Army officer had his Bronze Star medal revoked; it had been awarded for exception service in combat. I had the sad duty to write the justification to remove this award because of the officer’s highly toxic command climate during this combat tour. This was well before the subject of command climate became a popular topic. What I was soon to discover, in my research, was that the rise in narcissism in the military had crept upon us slowly. Being at war may have been the reason, but of course, there is no real excuse. 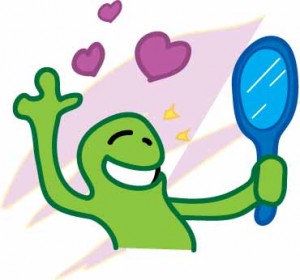 The popular conception of the narcissist is of someone who loves himself too much. But there are many who say that narcissism is about the opposite: an inner sense of self-worth that is dangerously fragile. A number of psychologists have suggested that people in American “… are increasingly entitled, self-obsessed and unprepared for the realities of adult life.”1 I have frequently had to tell people that the job they are doing is not good enough. And, it is surprising that they are in total disbelief and denial.

In America, the rise in narcissistic traits in people has skyrocketed over the past decade.2 It is certainly not confined to the military or to people in leadership positions. In fact, ordinary people is where the increase in narcissism has had its most profound impact. Many blame the American culture of promoting self-esteem … everybody gets a trophy and everybody in the military gets a medal.

The rise of narcissism has unfortunately claimed an early target: respect. Respect for others is on the decline. Anyone who stands out in a crowd, a person who performs better than others, managers, leaders, teachers, politicians are all subject to ridicule from the narcissist. Read just about any popular blog or news media website and one will find the anonymous narcissist writing about how people are bad, stupid, ugly, dumb, etc. They will accuse those who stand out as being racists, homophobes, anti-Semitic, or the like.

The narcissists are trying to get attention drawn to themselves and they are succeeding. Poor leadership is certainly not helping.